When it comes to drum machines, none were more groundbreaking than Roger Linn’s Linn 1980 LM-1. Everyone from Prince to Phil Collins used an LM-1 in the 80s; everyone since has been looking for ways to recreate that iconic sound.

There has been no shortage of emulations, and in this review, we’ll be looking at VProm (formerly VLinn) from Aly James Lab.

The change of name came at the request of Roger Linn himself, a little too close for the copyright owner, but at least he noticed!

VProm is about as close as you’ll get to the LM-1 with a VST plugin so far, and it’s fair to say it sounds incredibly close to the original.

The incredible likeness is down to the developer’s attention to detail. Many have stopped short at trying to emulate the sounds and neglected to mimic the behavior of the original hardware, but not VProm.

If you want the LM-1 sound on a budget, look no further.

Linn’s LM-1 was the first commercially available digital drum machine of its kind. It was the first to use samples (recordings of real drums) instead of machines like Roland’s CR-78, which created synthesized drum sounds.

Although Roger Linn states that several top session drummers were involved, the original drum recordings were likely played by James Gadson (Motown) or Jeff Porcaro (Toto). So, either way, the LM-1 started from rock-solid foundations.

But, the quality of the drummers and drum kit wasn’t enough to create the famous LM-1 magic. It’s about what the drum machine could do to the raw sounds, whether it’s the tuning or filtering, etc.

There are also quirks of the LM-1, like the stock snare drum having a very slight delay due to some empty space before the sample. The delay became a much-loved trait of the LM-1 because it felt like snare was sitting back on the beat, making it funkier.

VProm mimics the snare sample perfectly (even when tuned lower) and provides an extra sample without the delay to make programming easier.

There are lots of sample packs that sound like the LM-1 when you listen to them one at a time. But, you can’t change pitch and maintain the same sound qualities as the LM-1 and VProm do.

VProm even gets hi-hat data looping spot on, so every hit sounds slightly different. It’s outstanding.

If you want to hear how the LM-1 should sound, listen to Prince, with Morris Day performing 777-9311.

What we like about VProm is that it stayed pretty faithful to the original LM-1 design, and there are no silly features that don’t make sense.

The original LM-1 had individual outputs for every single voice, and the VProm follows that trend.

The plugin allows you to choose between sending everything to a single stereo channel or having separate channels for each sound.

This feature gives you far more control when it comes to mixing.

Velocity control is something that catches a lot of people out when using drum emulations with a MIDI controller.

If you have no dynamics, it won’t sound good, and if your playing doesn’t always trigger the velocity layer that you wanted, it can sound just as bad, going from very loud to very quiet.

VProm allows you to switch between the full range of MIDI velocities and just two velocity levels.

Separate pitch tuning was one of the things that made the LM-1 so popular. VProm offers a tunable pitch range between 1000 Hz and 44,100 Hz.

As counter-intuitive as it sounds, extreme tuning is something that Prince often used with his LM-1, making some sounds less like drums to create a unique sound.

Having every hit in a loop sound slightly different adds to the realism of the sound.

You have the option of replacing the default EPROMs with external ones, making a whole new sonic template.

This feature was available in the first version of the plugin, but it was limited to just seven EPROMs.

With the latest version, you can change all EPROMs and easily reset to default whenever you like.

The latest version now allows for panning per drum, a feature that wasn’t available in the first version.

Many aspects of the GUI have been improved since the first version of VProm (VLinn).

Most of the controls can now be MIDI learned, meaning you can control parameters with an external MIDI controller.

It also now transmits its triggers as MIDI out if you want to get creative with external gear.

Everything is faster, too, from loading EPROMs to being able to type exact parameter values.

Another performance improvement that we love is that you can now use a pitch bender to transpose pitch values in real-time.

Overall, the workflow was never an issue from the first version, but now you can make it more hands-on.

Generally, being more hands-on means you can work faster in the studio and perform live with more precision.

It even looks more like the original LM-1 now.

As far as Linndrum emulations go, VProm offers the best value for money, but it’s always worth checking out some alternatives.

This pricier option offers the sound of multiple iconic drum machines rather than just the Linndrum. It’s outstanding, but if you’re only after the Linn sound, stick with VProm.

If you want a vintage drum machine sound, but you’re not sold on the Linn sound, Spark VDM could be for you.

It delivers the sound of legendary units like the Roland CR-78 and the Korg Mini Pops 7.

If you don’t need the plugin and just want the raw samples, LM-1 From Mars is about as comprehensive as it gets. 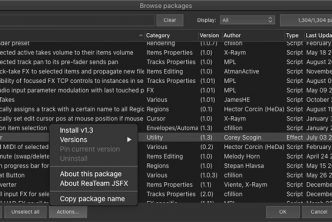 ReaPack package manager: What it is and why you need it? 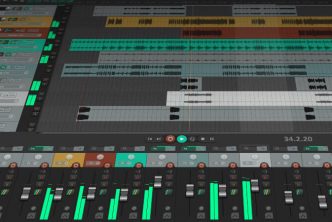 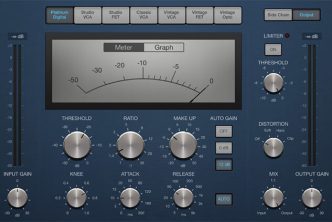 Dynamic range compression: How to use it? What’s a knee?