Some of you may be familiar with this microphone as the one Michael Jackson used on Thriller. If not, now you are. Let’s get started.

The SM7B is an iconic microphone for a number of reasons. It’s versatile, durable, reliable, and Michael Jackson and Quincy Jones used it quite a bit. What more is there to say?

The Shure SM7B is a dynamic microphone with a cardioid polar pattern and a frequency response of 50 Hz – 20 kHz.

Often cited as one of the best microphones available, its use was popularized after none other than Michael Jackson used it on his album, Thriller.

The fact that it has remained as one of the most popular microphones is a testament to the clarity of its vocal production. It is particularly good at capturing male vocalists in the baritone range.

It does have a slight presence peak around 5 – 6 kHz, which adds some sparkle and high-end shine to your records.

The SM7B is a unidirectional dynamic microphone, so if any of you are worried about recording in a less-than-stellar sounding room, fear not.

The microphone will hone in on whatever sound you face in front of it, and will reject most if not all outside sounds and reflections.

Be warned, that this microphone is fairly gain hungry, and will require a preamp capable of +60 dB at the very least.

While it might not be the best for every scenario, the SM7B has surely proven itself a worthwhile addition to any arsenal.

The clarity of its vocal production is top notch. It’s especially great for male singers or for subduing nasty mid and high frequencies from sibilance.

The SM7B’s off-axis rejection makes it a great candidate for live recordings.

No need to worry about capturing the sound of the audience or your surrounding band members with this microphone.

The only catch is how gain-hungry it is, and while many venues may have the equipment to feed the SM7B properly, sometimes this isn’t the case.

Best to check with them before pulling up to the gig expecting to use the SM7B.

Just stick it in front of a kick drum or a floor tom and see what happens.

It might take some finagling but there are plenty of instances in which the SM7B has captured some great drum sounds.

It may not always be your first choice, but it delivers an attitude that can be pretty special when matched in the right context.

The SM7B is more than capable when it comes to recording guitar cabinets. Just stick it towards the cone and plug away.

However, due to its unidirectional polar pattern, off-axis positioning is not the SM7B’s strong suit.

Again, just give it a shot. If you’re looking to capture the true lows of your bass, it might be best to use in conjunction with a DI box or a kick mic. This is only because the SM7B only reaches down to 50 Hz.

Still, the microphone is sure to capture the body and depth of your bass.

The SM7B won’t sound particularly detailed on acoustic guitars, but can work in a pinch.

There will be a lot more mid-range in the overall sound rather than high-end.

If you’re looking for a microphone to capture the more percussive elements of the guitar (strumming and picking), you’re better off with a better microphone.

As with all Shure microphones, the SM7B is built like a tank. It’s heavy, durable, and thick.

This microphone is incredibly rugged and can withstand years of abuse.

Here are a few comparisons to think about in conjunction with the Shure SM7B.

SM7B vs. Electro-Voice RE20

The RE20 is one of the closest comparisons to the SM7B. They’re both superior broadcast microphones, are rather weighty, cost roughly the same, and are fairly heavy in build.

The main difference is that the RE20 features a Variable-D design, allowing you to get up close and personal to the sound source without having to worry about proximity effect.

Personally, we’d choose the RE20, but they’re both great microphones.

Usually, the NT1-A will sound better on vocalists unless sibilance is an issue. The SM7B is much better when the vocalist is up close to the microphone.

We would probably recommend the SM7B for how versatile it is, but again, you really can’t go wrong with one over the other.

The MV7 was specifically tailored towards vocals and speech, and it also features XLR and USB capabilities which the SM7B does not. The MV7 also doesn’t require as much gain as the SM7B.

If you’re a podcaster or a streamer, the MV7 is your best bet. However, serious audio engineers would be better off with the SM7B.

The Blue Yeti is a USB microphone and is better suited for podcasters and streamers who aren’t interested in building up a serious audio recording setup.

If you’re a real audio engineer, the SM7B is the better of the two.

Who is the Shure SM7B best suited for?

The SM7B is best suited for anybody looking to get the best out of their vocals, as well as have an incredibly versatile workhorse microphone.

If you want to recreate Thriller, the SM7B is for you. 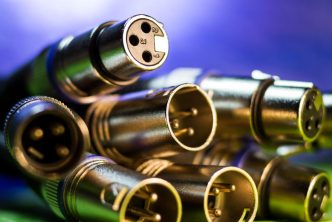 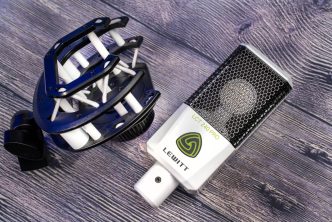 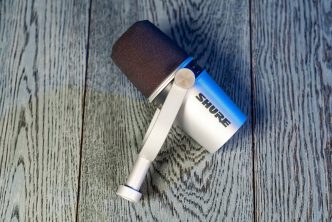 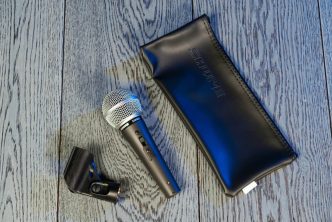