If you were to simply Google image search the word ‘microphone’, the first thing to appear would be a picture of the Shure SM58.

This particular microphone is so iconic, so reliable, and so versatile that it has become the Mickey Mouse of audio gear.

Today, we’ll be reviewing it for anybody who has yet to be acquainted.

The Shure is such a classic microphone that there isn’t really anything negative to say about it.

Is it the best microphone ever? Surely not. However, it’s easily one of the most trustworthy and you should probably have one if you don’t already.

The Shure SM58 is a cardioid microphone, meaning it’s particularly good at rejecting signals from behind.

It has a frequency response of 50 Hz – 15 kHz as well as an output impedance of 150 Ohms, allowing it to handle loud sound sources.

While it might not be the best choice for capturing instruments with lower frequencies such as bass or kick drums, it’s ideal for vocals, guitars, and even snares and rack mount toms.

It’s rather commonplace to use the SM58 as a vocal microphone. Its built-in pop filter helps to reduce sibilance from a performance, and its presence peak helps to add warmth and clarity.

Are there better microphones? Sure, but the SM58 is good enough for most voice types and singing styles.

While its performance in the studio can be hit or miss depending on context, you’d be hard pressed to find a better microphone for live vocals.

Its ability to reject background noise is phenomenal, but the microphone also features an internal pneumatic shock mount which significantly reduces handling noise.

This shock mount is perhaps the biggest reason why it’s so beloved among performers, as it allows them to get extremely physical without picking up any noise.

Whether you want to dance, run, or do cartwheels on stage, there’s not much that can handle it better than the SM58.

The SM58 can work wonders on toms, especially if they’re tuned well and dampened appropriately.

They’re also capable of getting great sounds out of a snare, or even as an overhead for certain things.

Considering the SM58 is pretty much the exact same microphone as the SM57 (despite the SM58 having a pop filter), it can work wonders on guitar amps.

Its ability to handle loud volumes is especially great for this application.

While the SM58 won’t be able to capture the lower frequencies that a bass will omit, it can be used well in conjunction with another microphone that can.

The SM58 can be used on acoustic guitars, often a condenser is your best bet.

If you’re in a pinch, however, you can achieve fairly decent results. Just don’t expect too much sparkle or nuance in your recordings.

The SM58 is one of the most robust microphones ever made. You could probably use it as a weapon if push came to shove.

Here are a few alternatives to consider against the Shure SM58.

The SM58 and SM57 are, for the most part, the same exact microphone. The main difference is the pop filter, which is absent on the SM57. This allows it to get that much closer to the sound source you’re trying to capture.

They’re both incredibly useful and you should honestly have both at some point or another. The SM57 is more of a workhorse than the SM58, but you can’t go wrong either way.

The Beta 58A has an extended frequency response, a higher sensitivity, and is a much quieter microphone.

It’s an advancement upon the original SM58, but in some instances, these advances might not necessarily be better for some applications. Just go with the SM58 to start out.

The SM58 has better noise cancellation, better frequency response, and a lower impedance. Get the SM58.

The e 835 is a much brighter microphone, so you won’t have to reach for the EQ as quickly as you would with the SM58.

However, the SM58 is more of a workhorse, and can be used for more applications than the Sennheiser.

They’re both great microphones though, so choose whichever best suits your preference.

Who is the Shure SM58 best suited for?

Everybody should have at least one or two SM58’s kicking around. 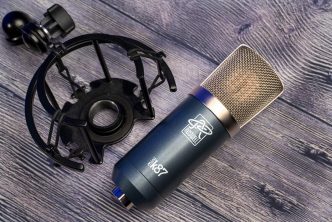 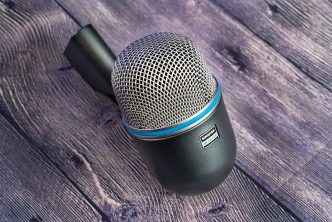 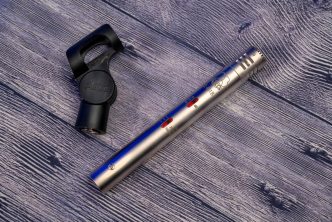 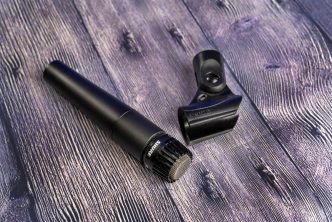