This is one of the most popular choices when it comes to recording bass and kick drums. So, let’s dive right in and see if it holds up to the hype.

For what it is, the Beta 52A is an amazing microphone. It’s often the microphone people jump for when recording drums and bass cabs, and for good reason.

The 52A is great at capturing the lowest of low frequencies, and its high SPL makes it capable of handling extremely loud sound sources.

Whether on stage or in the studio, the 52A is one of the most reliable kick mics you can find.

The Beta 52A has a supercardioid polar pattern and a frequency response of 20 Hz – 10 kHz, with slight boosts in the low and upper-mid ranges.

If you’re wanting to record jazz, this microphone might not be your best option. The Beta 52A delivers a more modern and aggressive sound that might not be suitable for softer styles of music.

However, it works for anything you’re trying to capture a good low end for.

This is exactly what the microphone was designed for! The Beta 52A is the perfect kick drum, and can even be used for floor toms or snare bottoms if you really know what you’re doing.

As far as hi-hats, snares, and overheads are concerned, however, you’re better off going with something more capable.

While the Beta 52A won’t usually be the ideal candidate to record a guitar amp with, it works wonders for more bass-heavy styles of music and sounds.

If you’re trying to record metal, where a baritone guitar is often at play, this microphone can definitely do the trick.

The Beta 52A is the obvious choice when it comes to recording bass amps. Often, you’ll want to use a second mic or DI in conjunction in order to get more shape out of your sound, but the 52A is ideal for getting those heavy lows.

If you like a muddy acoustic guitar with not a lot of definition, maybe the 52A is a good idea. Otherwise, look elsewhere.

The Beta 52A’s design doesn’t really warrant any viable applications when it comes to vocals. Obviously, feel free to experiment, but this would be an unorthodox choice.

Same goes here as for studio vocals, if anything it’s a worse idea. You might make a few enemies with the live sound tech if you force them to balance your muddy vocals with the rest of the music.

The 52A is rather bulky, weighing in at around 1.33 lbs. It’s also completely made of metal.

This is an incredibly durable microphone which can last you at least a decade of use with proper care.

Here are a few alternatives to consider against the Shure Beta 52A.

The Audix D6 is more ‘clicky’ in its sound signature, and is primarily used for heavy metal. Especially for music with a lot of double pedal action on the kick, where a more defined sound is needed. For all other purposes, the Beta 52A is better.

The Sennheiser e 902 works great for metal and live sound applications. The 52A is a bit more versatile for other genres, however, so pick whichever best suits your needs.

The AKG D112 is more capable at capturing the lowest of low frequencies than the 52A. However, the 52A is more durable. They’re both great options though.

Who is the Shure Beta 52A best suited for?

The Beta 52A is perfect for anybody trying to get a solid kick drum or bass sound.

However, we wouldn’t recommend this for anybody who doesn’t yet have a collection of several other microphones to use it in conjunction with. 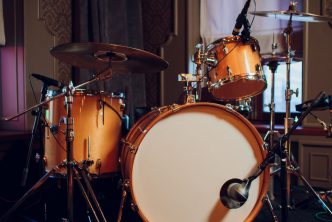 The 10 best microphones for recording drums in 2022 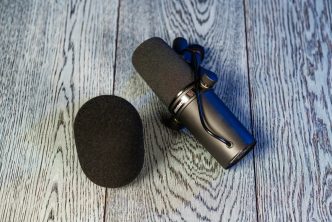 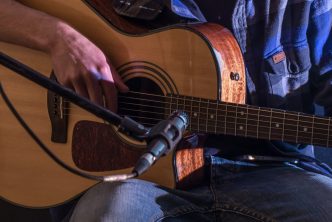 The 8 best microphones for recording acoustic guitar in 2022 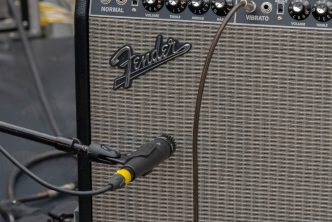