In fact, FLAC files can achieve resolutions of up to 32-bit and 96 kHz, which is better than CD quality.

The FLAC format isn’t the only one to offer lossless audio, but it is the most commonly used of the compressed lossless formats.

In this article, we will explain what lossless audio is, the difference between lossless and lossy compression, and the main formats that you should know.

What is lossless audio?

In a nutshell, lossless audio focuses on preserving detail rather than reducing file sizes.

Whether compressed or uncompressed, lossless audio should be as close to the original audio source as possible.

It’s possible to achieve lossless audio and compress the file size at the same time, and that would be what’s known as lossless compression.

The alternative is lossy compression, which dramatically reduces the file size but doesn’t maintain audio quality.

We will discuss lossless and lossy compression in more detail shortly.

Before we move on, let’s take a look at the most common audio formats available.

MP3 or MPEG Audio Layer III is the most popular lossy audio format and still one of the most used overall.

MP3 is a common format because it’s widely compatible with most devices. It’s also up to (approx) 10 times smaller than lossless formats.

The smaller file size comes with degraded audio quality due to the lossy compression process.

MP3 has a max bit-depth of 16-bit, which means it’s unsuitable for professional audio work like recording and mixing.

But, it’s suitable for consumer use, like ripping audio from CDs to make digital playlists or streaming services.

Advanced Audio Coding is similar to MP3 in that it requires little storage space and is suitable for streaming.

Apple’s AAC is said to sound better than MP3 when both have the same bitrate, but it’s not as widely compatible.

Ogg Vorbis is a free, and open-source audio codec. Again, it’s arguably more efficient than MP3 but not as widely used.

FLAC is a free and open-source audio format that first came on the scene in 2001.

A FLAC file can get down to around half the size of an uncompressed lossless file while maintaining the same audio quality.

Apple Lossless is the go-to choice for iTunes and iOS because, well, it’s Apple’s format. Like most things Apple, it’s not compatible elsewhere.

APE is, in one way, the most efficient compressed lossless file because it has the most compression without losing audio quality.

The drawback is that it has very limited compatibility with standard systems/platforms.

WAV files are large, and very commonly used for many purposes, including professional audio.

AIFF files are just like WAV files, except they are only compatible with Apple.

Pulse-Code Modulation is how sound is captured for CDs and DVDs. It captures analog waveforms, turning them to digital bits.

To be clear, if we are talking about a lossless format, there is no difference in sound quality between compressed and uncompressed files.

As a short explanation, the sample rate refers to the number of samples captured per second, the number of times that sound is transformed into data.

The bit-depth relates to the number of bits or possible amplitude values per sample. In other words, the amount of information captured in each sample.

Digital audio typically has a sample rate of 44.1 kHz, which is also the sample rate for CD.

Bitrate refers to the amount of data being transferred into audio per second.

In theory, if all things are equal in terms of the playback device, a higher bitrate means higher quality audio.

High-resolution or high-res audio is a term that you’ll hear people use when discussing audio quality.

In short, it simply refers to a quality that is equal to or greater than CD quality – 44.1 kHz and 16-bit.

Lossless formats can be referred to as high-resolution audio.

As we mentioned earlier, a lossy format can be as small as one-tenth the size of a lossless format through lossy compression.

The loss of data results in audio quality that lacks the detail and clarity of the original source. It can also lead to unwanted audio artifacts making your listening experience unpleasant.

The upside is that you can store far more tracks on a device/platform.

We can take the typical example of ripping from a CD to MP3. CD-quality equates to a sample rate of 44.1 kHz and a bit-depth of 16-bit.

The above numbers give CD audio a bitrate (the number of bits/data stored per second of audio) of 1,411 Kbps.

While the bitrate never changes for CDs, an MP3 file’s bitrate can range from 96 – 320 Kbps.

So, you can see, even at the highest bitrate, MP3 has a significant drop-off when compared to CD.

On the other hand, lossless compression can rip audio files to almost half the size of the uncompressed source without losing any quality.

You can also convert one lossless format to another, for example, FLAC to WAV, without losing any quality.

The simple answer is yes, they are. Some streaming services like Spotify still use 320 Kbps MP3/AAC files to save bandwidth.

Actually, sticking with Spotify, 320 Kbps is reserved for Spotify premium users (paid). Spotify free users are limited to a max bitrate of 160 Kbps on desktop, tablet, and mobile devices.

However, even at a consumer level, people are demanding the highest quality audio possible. The demand has led to many other streaming platforms like Tidal and Apple Music offering lossless audio formats.

Here’s where it gets highly subjective. In reality, MP3 files at 320 Kbps or less may well be good enough for some streaming services, as most streaming is done on mobile phones or smart devices.

Audiophiles may well notice the difference, but the average listener isn’t likely to notice any significant difference until you drop to 128 Kbps and below.

It also means that you won’t get the full experience of lossless audio on certain devices, either. In fact, most Bluetooth devices or wireless headphones apply some sort of lossy compression before playback.

The bottom line is that lossless audio will always sound better than lossy audio, but how much better depends on your equipment and your ears, too.

Before you go paying extra for lossless streaming, make sure you are going to hear enough of a difference to make it worth it.

Streaming aside, MP3s are still useful for making digital playlists on home computers, phones, or tablets, when size is the priority.

MP3 is also still the best format for web browsers in terms of size and compatibility.

If we look at all the formats we discussed above, FLAC is the best performing on average.

It beats the lossy formats by a long way when it comes to audio quality. And, it beats uncompressed lossless formats on file size by up to 60-70% at times.

Now, let’s focus on the two most compared lossless formats, FLAC and WAV.

Here are the most discussed comparisons:

As you can see, each format performs better in certain areas. But, it’s hard to say one is better than the other definitively. The best option really depends on the application of use.

Overall, the smaller size of FLAC files most likely makes them the best option where possible, with the option to convert to WAV if and when needed.

A good example of using FLAC files would be the audiophile version of creating an MP3 playlist; smaller files with high-resolution audio.

This article aims to provide the foundations to develop a basic but solid understanding of these topics.

We hope that it encourages you to explore the vast world of audio even further.

Remember, the best option is directly related to the application; it’s not set in stone, and that’s why we still have both lossy and lossless audio. 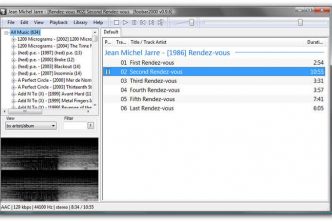 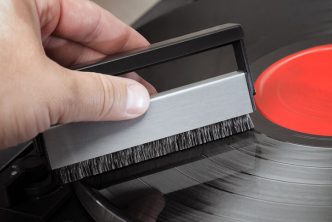