JBL very rarely slacks when it comes to staying on the cutting edge of audio technology. It’s the exact reason why they’ve been so highly trusted since their inception in 1946. However, with every product they’ve put out, there’s bound to be a few misses. While the 308P isn’t exactly a “miss” entirely, it does fall short on a few marks.

This is a great speaker, not a perfect one. There’s great consistency of sound across this family of JBL speakers, and overall, they’re fantastic for the price. However, in its effort to keep these particular monitors affordable, JBL cut a lot of corners in the overall design – leaving several flaws that negatively affect the speaker’s usability. They’re still better than most other monitors, but let’s get into it.

The 308P goes all the way down to a flat 37 Hz at the -10db points. This is plenty of low end for most types of music, and while smaller speakers are capable of coming close around the 40 Hz – 45 Hz range, you’ll find that at higher volumes they don’t quite hit the mark. The 308P can reach up to 24 kHz at the same -10 dB points.

The speakers sound exceptionally balanced, especially when music isn’t as busy or at more moderate volumes. Since they are rear-ported speakers, special attention should be given to their positioning to help with any muddiness from the low end.

The lower mids feel a bit bloated to our ears, and definition is lost in the 150-200 Hz range. There’s also a rattle coming from the back rear panel, which is unfortunate but doesn’t come as much of a surprise.

JBL made these things as cheaply as they could without sacrificing the actual tech, and with all things considered, they’re still terrific speakers – just not perfect. It would’ve been nice to see some more care taken with the design, but for the price, it’s hard to complain. If you have a subwoofer, however, you’ll get the best performance the 308Ps can offer.

On the surface, the 308Ps seem like perfectly fine monitors with sound design. After hearing the rattles coming from the rear panel, however, we decided to take a look inside to see where exactly the issue was stemming from. The speaker design places a lot of responsibility on the woofer which is somehow expected to play deeply, control the directivity of the mid ranges, and smoothly crossover to the tweeter.

This is far too much to expect, especially when considering how many corners were cut trying to make these things affordable. You can try to fix them yourself, or simply invest in a subwoofer to take some of the load off.

On the rear panel, we have both balanced XLR and TRS inputs to feed audio through, and a corresponding sensitivity switch to toggle between +4 dBu and -10 dBv. We have a volume knob going from 1-10, although the exact dB points are not specified.

JBL has also included two switches to control boundary EQ (-3 dB, -1.5 dB, 0 dB) and a HF trim (-2 db, 0 db, and +2 dB). Next to these switches is a graph that JBL has included indicating exactly how the switches affect the monitors, which we felt was a nice touch.

Here are a few alternatives to consider in comparison to the JBL 308P Mk2. You can also check our recommendations for the best studio monitors under $500 (a pair), and the best budget studio monitors ($200/$400).

In our honest opinion, the LP-8 is a damn near-perfect monitor. Besides being extremely accurate, they’re incredibly affordable and don’t have nearly as many flaws as the 308Ps. Get the LP-8s.

Everybody knows that our love for Adam Audio is no secret. While the Adams are a bit colorful, their overall performance is beyond words. A superbly tuned low-end, an exceptionally balanced stereo image, and affordable price put the T7Vs light years ahead of their competition. Our allegiance lies with Adam Audio.

Simply put, the JBL 308P MkIIs are superior monitors stacked against the Yams. We find that the HS5s are incredibly overhyped for what they have to offer, and if you’re looking for a reliable primary reference monitor, the 308P is the best choice here. 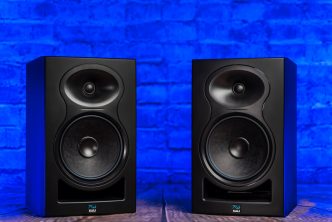 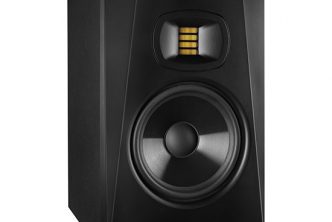 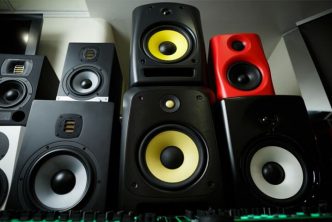 The 7 best budget studio monitors in 2022 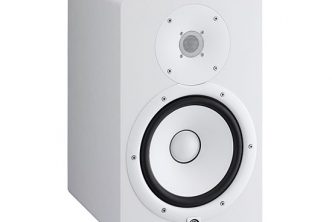