These days, it is surprisingly easy to make and post your own songs online.

Often in the rush to prove the ease, speed, or convenience of their product, marketers get a bit too enthusiastic. This leads people to results less than they could have been.

We will look here at a solid process for putting together a song – from beat to mix and master, and ready for release (which will be covered in another article).

A song generally requires many parts. We covered the arrangement (verse, chorus etc.) in another article + video.

The main parts and actions required to take a song from an idea to a result are:

The music bed is the music part of the song. Often these are mis-named as the “beat”. The term beat comes from early rappers calling out “Bring that beat back” – they wanted the drum machine back on. That morphed into music being called a beat.

OK amusing, but knowing the proper term is good when dealing with people who do these things professionally. Doing something like calling the steering wheel “the round spinny thing” in front of a mechanic, one simply looks a bit silly. A beat is a measure of a bar. In 4/4 that is one quarter, essentially one kick drum or snare hit.

Music beds are often being chosen before there is even a song. The thinking being that if the music is blammin’, the song will be fire. I get it but this leads to a lot of problems.

The lyric and its delivery are the MOSTEST IMPORTANTEST part of the song. Choosing what is essentially a random piece of music means that the parts are not connected and it feels weak or broken.

As much as is possible, the best music is created to support the song itself. A very simple backing that supports the lyric and performance will always be doing a better job than something that sounds amazeballs but is not related to the song itself.

If you absolutely can’t get the music made for your lyric, then choose with great care. It may take a while to find a working match, so be patient. Rushing will show in the result.

What to look for in a beat

One of the first, and hopefully most obvious, things that you look for in a potential music bed is uniqueness. If you are choosing something because it reminds you of Band X, that is a worrying thing.

While it may seem like a win to you to sound like that band, the problem comes that you can only ever seem like a knockoff of that act. Other people will simply go back to the “real thing”, Band X.

Uniqueness of the music is important in an environment where there seems to be an increasing incidence of providers like YouTube being involved in blocking songs based on sameness of content – often because of someone looking to bogart the otherwise free or open-for-commercial-usage material they used for themselves.

Mean, but a reality we need to account for lest our song is blocked and rendered a waste of time.

I am saddened when I get a song to mix and my client can’t share the basic technical information that should come with the music bed they chose.

These pieces of information are truly fundamental to the work, yet oddly so many claiming proness are unwilling (or unable) to provide the following:

Tempo is the beats per minute or BPM of the music. Knowing the BPM makes locking the music bed to the timing of the DAW easy. Doing this ensures that everything stays together throughout the whole process.

While it is possible to work without this info, it can lead to problems. Most pre-made backings these days only have one BPM the whole way through, e.g., 97 BPM. If the tempo changes, there should be a tempo map MIDI file included, or it is all but impossible for the music to be locked into the DAW timing.

Key/scale is the musical key and scale that the music is working in. This can read like C Maj/Dorian or simply A min if using a simple scale. The letter is the root note and the scale declares “safe” notes that can be used for melodic parts, like vocal melody and harmonies.

Not mastered is vital. Ideally, the music is supplied as multitrack (or at least stems) so it can be mixed properly with the vocals. However, it is common for the music bed to arrive as a pre-mixed stereo file. Often those selling beats, master. While it sounds big n beaty, there is no space left for vocals. Mastered beats are almost impossible to deliver a great mix with.

Quality is important as once you lose some, it is not coming back. Damage tends to escalate so it’s better to start with decent quality.

A music bed should be provided as a 16/44 WAV file (or higher). MP3 is a compromised format. It can be worked with at a push but is not advised.

Poor-quality can limit the possible options at mix time. If lucky it leads to a cool result. Mostly though, it leads to a worse outcome.

Putting the beat into the DAW

The absolute first thing we need to do is get the music bed into our DAW. Missing or compromising any step can limit later options, or plain lead to trouble.

Singing requires a microphone to record your voice. While there are microphones on phones, laptops, etc., they generally aren’t well suited to singing. Use if you must but they are a poor compromise.

The other kind of microphone to generally avoid are those of the USB variety. They might say “Pro” on the packaging, but they are almost always a very poor set of compromises. Again, use them if you must but move on as soon as you can commit to better.

If you are going to invest in a microphone, don’t buy one of these types as the value is not there compared to the real thing.

Musical microphones are specialized engineering, designed for specific outcomes. There are two main styles of microphone:

These mic styles require a preamplifier to work. This is a common part of most audio interfaces designed for DAW music. Preamps in most USB (or Thunderbolt) interfaces are very good quality and specifically designed for music use.

While you can spend silly amounts of money on microphones and audio interfaces, don’t. It is just not worth it (even for your ego). You will do fine with something like a Behringer Ultravoice XM8500 mic into an Audient Evo 4 interface.

DIY vocal booths, mic shields, wall padding etc. all give me the horrors. For some reason they have become the obsession online, but they DO NOT represent the reality of real work being done, even at a high level. Very simply put, do not waste money, time, and energy on these things.

If you make your space strange, it can only ever be reflected in the recording and therefore the song. I hate being sent vocals where I can hear they were recorded in a cupboard or some other strange situation. Trying to make that strange sound go away can only make things feel stranger.

A normal room with a great performance will work every time as it feels normal.

Singing is the most important part of every song. Be sure to deliver your lyrics with all the power, passion, and commitment that you can as this is the thing that your song hinges on.

The absolute best way to get a good lead vocal is to sing the whole song start-to-finish 3-4 times. Pick the best of those as the lead. The other versions may be used for backings.

It may take a while to get comfy singing the whole song, verses, choruses etc. in one go but the results are definitely worth it as the overall flow of the song is way better.

When sung in one pass, the singer will rise with the choruses and emotional parts. When singing in fragments, the flow gets lost as the emotional cues are often not there seeing the singer is thinking about technical things and not the story of the song.

While it is possible to have only one vocal line and be ok, it is much better to give more.

If those three or four vocal deliveries have been made, some of them can be used for vocal backings. Two unique backing lines are a big help in pushing a vocal forward and smoothing it out.

Backing parts that bolster the chorus are extremely helpful as they add thickness and encourage people to sing along. Singing people are engaged people.

Harmonies can add a lot of depth to a song. Do them or bring someone in if you can.

Ad-libs bring a lot of impact to a song. They can take a bit to learn to do but never underestimate the power those exciting little oohs, grunts, whoops, and yeah baby bits add.

DO NOT copy & paste vocal parts within the song and think this will save time. It will make the song sound worse as it is unnatural. Unique performances for every part help to keep the song compelling.

While people may talk endlessly about electronic tuning and other forms of editing, they are generally very unwise.

Singing is something we are all capable of doing at least passably. If you think you can’t sing or are afraid of doing it, you will struggle. Even if you edit & tune it to whatever passes for perfection, your fear will be what people hear over everything else.

When sent these kinds of vocals, I try not to mix them as no matter how clever we try to be, the results will always be held back by the broken performance. When sent a vocal that has passion and commitment in it, even if technically flawed, I can always mix it.

Mixing is the act of finding the balance of the parts above. There is no technical right answer on how this it done. Mixing can only ever bring out what is there, so please be sure that you put the right stuff in at the start.

I always advise that it is better to work with a skilled and experienced mix engineer from the start as they will give good advice all the way.

If you have no experience mixing, it is best to keep things as simple as possible. While there is chatter about vocal chains and the like, ignore them totally and stay purely with finding a nice balance of the parts.

A poor mix that comes from overdoing things will not help either you or potential fans.

Making a simple mix in 5 steps:

The song is now ready to go out into the world. In a future article + video we will discuss ways to publish and distribute your songs. 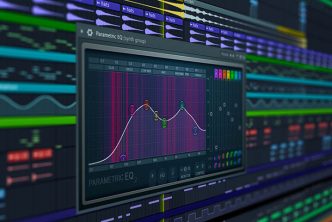 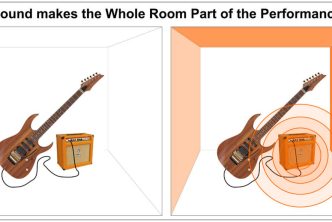 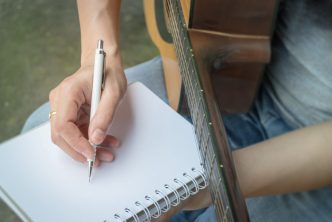 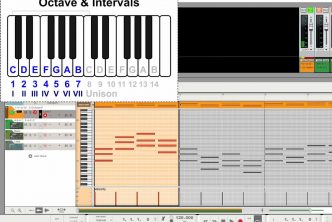