The 14 most influential female pianists of all time

The pianists on our lists might all be female, but make no mistake, they are some of the most talented pianists of their time, regardless of gender.

To make things a little easier, we are going to separate past greats and modern greats.

The women we are about to discuss are groundbreaking musicians who helped define possibilities across multiple genres, and we can learn a lot from every one of them.

The greatest female pianists of all time

Martha Argerich is often the answer when you ask who is the greatest living Classical pianist. She has earned that reputation with a career spanning over seven decades (and still going).

In fact, the 80-year-old virtuoso is still performing with the kind of energy she did 50 years ago.

Martha’s career is littered with awards and honors, including being honored by the Kennedy Center.

After performing with the best orchestras and musicians globally and performing solo at the iconic Carnegie Hall, there is virtually nothing left to achieve.

Thankfully for us, Martha continues out of her sheer love of music, and long may it continue.

However, the sad truth is that today she is still best-known for being the wife of Robert Schumann.

Her impact on music goes far beyond her virtuosic talents. As such a prominent woman in a predominantly male-dominated Classical music scene, she has inspired more people than she ever knew.

As a pianist, her ability was plain to see, but she later developed a rare talent for composition, too.

For many people, she is considered one of the most important female musicians in music history.

Dame Myra Hess was a pianist who brought music to people when they needed it most.

During World War 2, Hess performed over 150 times at the National Gallery in London. These were no ordinary performances; these were short intervals from the harsh reality of war.

She is a perfect example of how you can use music to lift spirits and unite people through the most challenging times.

Myra Hess was a prodigious child who was granted a scholarship to London’s Royal Academy at the age of 12.

By her late teens, she had already performed with some of the most respected musicians and conductors in music, including Sir Thomas Beecham.

Dame Myra Hess was a phenomenal talent and a true inspiration.

Marian McPartland was a true pioneer for women in music, especially Jazz music. She first played piano at age three, although she didn’t have any formal training till age 16.

After studying Classical music at the Guildhall School of Music and Drama in London, she went on to be a professional performer in the 1930s.

She was, by no means, an average working musician; her Classical training provided her with a technique that very few could match. When that technique was coupled with her love for Jazz and musical exploration, she became a leading figure on the American Jazz scene.

In fact, her peers held her in such high regard; her collaborations include the likes of Mary Lou Williams, Dizzy Gillespie, and later on, Willie Nelson. Her love of Duke Ellington can be heard clearly in her playing and composition style.

Marian McPartland is a must-know for any aspiring Jazz pianist.

Mary Lou Williams has influenced every musician who ever played with her, yet, we feel she is still vastly under-appreciated.

At just 25 years old, Mary Lou had already made a name for herself with Andy Kirk and His Clouds of Joy (a popular Kansas City big band).

It’s safe to say you didn’t play with a Kansas City big band in the Swing era if you weren’t a serious player.

Her talents as a pianist were obvious, and her ability to blend ideas from different playing styles was second to none.

Her talent as a composer started to show during her big band career, although she wasn’t immediately credited.

Lacking confidence in arrangement skills, she would put her ideas to bandleader Andy Kirk, one of which was simply titled Mary’s Idea.

As a composer, her talents were called upon by iconic bandleaders such as Duke Ellington, Benny Goodman, and Louis Armstrong.

Often referred to as the High Priestess of Soul, Nina Simone is a musician and leading Civil Rights Activist whose legacy will live forever. Born Eunice Waymon, as a youngster, she showed an early interest and talent for music.

Most people know that Nina Simone plays piano but perhaps don’t know the extent of her ability.

She started by studying Classical music and was inspired particularly by the works of J.S Bach, which led to her developing immaculate technique.

As she expressed herself more through singing, composition, and arrangement, her piano playing adapted a unique style. Nina Simone was so gifted; she could mimic the style of anyone she heard.

However, the reason we think any aspiring singer-songwriter should study her is that she always played the right thing. Her taste was impeccable, which meant her note selection was perfect, and she never overplayed.

Pianists and singers should pay very close attention to her note selection and phrasing.

Sophie Menter was born in Munich, Germany, into a very musical family. Her father, Josef, was a Cellist, and her mother, Wilhemine, was a gifted singer.

Sophie was one of nine children, but most of her siblings tragically passed away very young. Her father then passed away in 1856, and soon after, she began studying music at the Munich Conservatory.

One of her first paying jobs was as a court pianist for a Prince in 1867. Then, in 1869, came a defining moment in her career when you met Franz Liszt in Vienna. She performed his Concerto in E-flat so well that he took her as his protégé.

Liszt referred to Menter as his only piano daughter, and she was known to be one of his favorite and most gifted students.

She was as interesting as she was talented, living in a castle with many cats, but most virtuosos have their eccentricities.

Maryla Jonas has such a remarkable story; it could easily have been written for the silver screen.

Maryla began her musical education at the Warsaw Conservatoire at just age 11. By her 20s, she studied under Ignaz Paderewski and Emil Von Sauer, two would-be successors to the Liszt romantic style.

Her performing career was brought to a halt by the Nazi invasion of Poland. Sadly, her family was killed, and she was held as a prisoner for seven months by the Gestapo.

By chance, a music-loving Nazi officer who had previously seen her perform released her and advised her to head for the Brazilian Embassy in Berlin. This journey would see her traveling over 400 miles on foot, sleeping where and when she could along the way.

After fleeing to Rio De Janeiro, Brazil, her talent was so great that the legendary Arthur Rubinstein urged her to start performing again. Thankfully, she took her chance to share her music with the world again before passing away from ill-health in 1950.

Modern female pianists you should know

Domi isn’t yet a household name, but she is well on her way. The 21-year-old piano prodigy has already shown exceptional ability and frightening potential.

She came to everyone’s attention through YouTube, as many musicians do these days. However, her path to millions of views wasn’t based on internet fads or gimmicks; it was nothing but raw talent.

She performs regularly as half of the Jazz Fusion duo Domi & JD Beck (drummer). She is an incredible improviser with an uncanny ability to combine melodic and percussive playing.

Along with getting the attention of YouTube fans worldwide, Domi has collaborated with many outstanding musicians, such as the iconic bassist Thundercat.

Domi should be seen as an inspiration to young musicians everywhere, not just females and pianists.

Hiromi Uehara is a Japanese pianist and composer who embodies what it means to be a virtuoso. She is known for her energetic performances that often leave people wondering how she does so much with just two hands.

One of her best qualities is her ability to seamlessly merge various musical genres into short musical sections. Her most prominent genres are Jazz Fusion, Post-Bop, and Classical.

In recent years, Hiromi has released multiple solo albums to much critical acclaim. She has also released material as part of various combos.

Her unquestionable talent and unique personality have gained the attention of some of the world’s best-known musicians. She has collaborated with some of the biggest names in Jazz and even released an album (Duet: Chick & Hiromi) with the legendary Chick Corea.

To many people, even some music lovers, Diana Krall is a great singer who also plays piano. In reality, her piano playing deserves so much more attention.

As a student of the late, great Oscar Peterson, Krall has inherited his impeccable sense of rhythm.

Although you’ll regularly hear her sing Jazz standards from the American Songbook, her style is deeply rooted in the Blues. Like Oscar Peterson, she has the ability to take simple phrases and make something extraordinary.

As a tribute to her famous teacher, she sometimes plays one of his favorite tunes, Night Train by Jimmy Forrest.

Whenever she does, you can hear the rhythm and articulation that make her so great.

Khatia Buniatishvili is a young Classical pianist with undeniable ability. The Georgia-born pianist began her musical journey at the age of three.

Her mother was her teacher, and by six years old, she was performing with the Tbilisi Chamber Orchestra. By the age of ten, Khatia was performing internationally.

Despite her obvious talent and international success, Khatia is a pianist that divides opinion amongst purists. While she is a technically superb musician, her creative choices aren’t appreciated by all.

Classical music, like all music, is open to interpretation, although perhaps not as loosely as other genres. Khatia has sometimes been said to express too much creative freedom when playing the works of past masters.

Whatever your opinion, you have to acknowledge her talent.

Joanna MacGregor has had (and continues to have) a stellar career as a performer and educator.

Along with performing with the world’s leading orchestras, Joanna is Head of Piano at London’s Royal Academy of Music. She is also a professor at the University of London.

The thing we love most about Joanna, besides her exceptional playing, is that she is a very open-minded musician. Her willingness to take inspiration from genres other than Classical music makes her an ideal teacher.

Despite being around for quite some time, we included her as a modern pianist because we think all aspiring Classical pianists should look to her for motivation.

Olga Kern is as close as you’ll see to a modern-day Classical master.

It’s not just about the playing; there are many technically gifted players. The thing that sets Olga apart is her stage presence and charisma. So much so that she is widely regarded as one of the best of her generation.

The Russian virtuoso was born into a very musical family; both her parents are pianists. Having played her first concert at age seven, Olga won her first international competition at 11. Many awards later, she won the first-ever Rachmaninoff International Piano Competition, still aged just 17.

She has a reputation for not being afraid to tackle the most complex compositions, typically making it look easy.

Gender doesn’t define talent, but it’s plain to see that many female musicians have gone without the credit they deserve.

The musicians on our list are amongst the greatest ever, regardless of gender, and we should all aim to learn what we can from them. 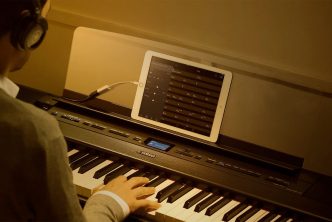 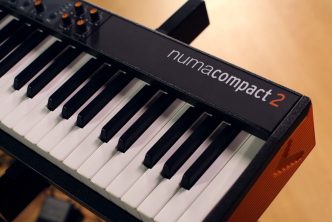 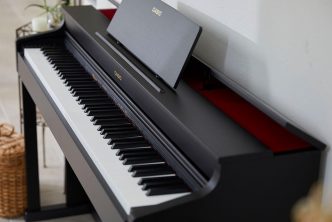