The 9 easiest cello songs to learn for beginners

One of the most exciting things about learning an instrument is choosing a repertoire of songs to learn. It is very important that we choose something that we like and that we will enjoy playing because that will give us the motivation to continue practicing and improving our skill.

If it is a melody or song that we already know, it will be easier for us to overcome problems in the beginning and it will speed up the process of learning.

One of the most famous children’s songs in the entire world, Twinkle, Twinkle, Little Star is an English lullaby and the text used is from an early 19th century English poem written by Jane Taylor.

Most children learn this song by preschool, so it is an ideal choice to start with, as it is an easy cello song.

2. We Wish You a Merry Christmas

This is an extremely popular English Christmas carol that gained immense popularity after performing at the University of Bristol and being published in the Oxford University Press.

This is due to the composer, conductor, and organist Arthur Warrell, who adapted the melody for four voices and choral performance.

When you are just starting out, you can easily learn this piece and play it throughout the holidays.

Something that is in a slightly different mood is the Christian hymn Amazing Grace. It was written by English poet and Anglican clergyman John Newton, and the words are related to the personal experiences he had in life, although he was not raised with any religious beliefs. This anthem is especially popular in the US.

This English folk tune full of sadness and nostalgia is often associated with Henry VIII. Bearing in mind that he was quite a successful musician and composer, it was believed that he wrote this song and dedicated it to his future wife Anne Boleyn.

The green color from the song’s title was often associated with early, youthful, premarital love. However, it was later concluded that the poem was written in the Italian style, which came to England only after the death of Henry VIII.

Interestingly, Shakespeare mentions it in The Merry Wives of Windsor in 1597 – “Let it thunder to the tune of ‘Greensleeves’!”, which suggests that at that time it was already a well-known song.

This simple but famous cello song is considered to be the song of the world. There was even documentary about it; titled Silent Night – A Song for the World.

Translated into 140 languages and composed by a young Catholic priest at St. Nicholas Church in Salzburg, it succeeded in what many could not – helping to end the First World War, according to the film.

We recommend watching this movie which is as magical as the melody itself, and we have no doubt it will inspire you to learn one most famous cello songs.

Beethoven’s inevitable – Fur Elise is something you’ve probably heard, sung many times and now you could play it on the cello! Adapted to the instrument, it presents an easy-to-play cello song for beginners.

Although Beethoven’s other works for the cello are much more complex and certainly not suitable for beginners, this work gives you the opportunity to peek into his magical and sophisticated world of music.

This composition was published 40 years after his death and is dedicated to the woman he proposed to in 1810 – Therese Malfatti.

If you have friends with whom you could play in a quartet it would be a great opportunity to practice playing with others, especially since the cello is easy to learn and consists of a series of eight tones that are repeated throughout the composition.

Vivaldi’s spring, the movement of his four seasons, is easy cello music for beginners. The ease and pace of this movement can be a difficult obstacle for beginners.

With some time and a better acquaintance with the part, it is something you can work through.

Vivaldi was definitely inspired by nature while writing this work, but also with songs that described the seasons, which he probably wrote himself.

This movement in the best light represents the awakening of the entire flora and fauna in the spring.

When we talk about easy cello classical solos, this song has to be first on the list. Although musically demanding, this solo is very beginner-friendly for someone learning to play the cello.

Dvorak wrote this work while he was in the United States, and it evokes his pain and nostalgia for his homeland. The American premiere was incredibly well-received, with a standing ovation.

One fact that fascinates people years later, is that Neil Armstrong took a recording of this very symphony with him to the moon.

The cello is a very adaptable instrument and you can play a wide range of different genres on it. There is no reason not to include some of the great hits of popular music in your repertoire, and we will give you some suggestions:

Keep in mind that these are just some suggestions. Combining today’s music with collections throughout history offer endless possibilities.

By researching and practicing, you will come to new knowledge and compositions that you will like and should be able to perform.

If you come across a melody that you like and you can’t find the notes, don’t hesitate to try to play it by ear.

It may be difficult for you in the beginning, and you will certainly not hit everything on your first try.

In time you will start to master how your instrument works and you will deepen your connection with it. 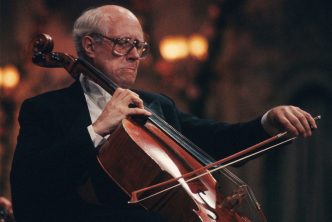 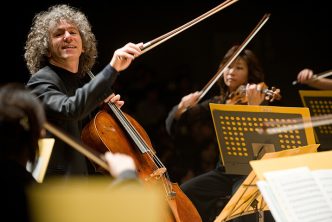 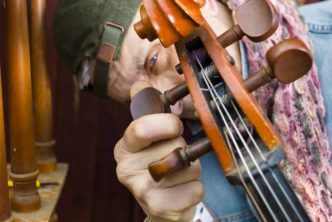