The 7 best budget studio monitors in 2023

One of the first serious expenses you’ll have to make as an audio engineer is to invest in a pair of quality monitors.

Today, we’ll be focusing on monitors that generally sit between the $300-$400 range, with some exceptions.

These are the best budget studio monitors in 2023:

The best budget studio monitors in 2023

Sometimes when you’re reviewing a really great piece of equipment, it’s hard to say much about it other than, “It’s great”. A good problem to have, no doubt, but as a critic, it does make life a bit difficult. This is the problem with the Adam Audio T5Vs. These monitors are practically impervious to any critique. They produce a massive amount of bass, they get loud with little to no distortion, no hiss, and they go for about $400 new (a pair) – talk about a bargain!

The best mixing monitors on a budget

For a loose $300, the JBL 305P Mk2s offer a slightly more affordable alternative to the KRK Rokits. However, it might be worth saying that the JBLs are perhaps better suited to mixing applications than the KRKs. The reason being is that the KRKs are incredibly colorful monitors, which on one hand, can allow music-making to feel more exciting and creative.

On the other hand, this can skew the sound of your mix in an ultimately counterproductive way. We listened to tracks we felt were well-mixed on the JBLs and, well, they sounded fine.

If keeping your ears critical is your top priority, the JBLs can work wonders just by how unforgiving they sound. Of course, the caveat is an over-exaggerated low end and tweeters that have a reputation for hissing.

We’re deeply remiss that we hadn’t considered the LP-6 before. It’s performance is, in many ways, the line in the sand between the monitors that we love and the monitors we think are overrated (but still worthy of placement).

Is this the perfect monitor? No, unfortunately not. As with most monitors in this price range, you’ll usually have to sacrifice at least one or two elements of importance if you’re dead set on saving. The issues here are a rather shy bass response and slightly harsh higher register.

This isn’t the end of the world, however, and after some parametric EQing, these monitors perform phenomenally well. Even if you weren’t to correct for these minor issues, they would still perform better than anything below them on this list.

The LP-6s are definitely worth the money, especially if you’re willing to compensate for their initial settings out of the box.

The staple monitors of bedroom production

The KRK Rokit 5s have been some of the most ubiquitous studio monitors available ever since they first hit the market in the late 2000s. These days actually, it seems as if at least 7 out of 10 producers have a pair sitting on their desks, especially if they’re relatively new to the trade. But while the black and yellow stylings of the Rokits may be nearly synonymous with bedroom producing at this point, their prevalence wasn’t solely founded upon their looks – they sound pretty darn good with all things considered.

There are much better monitors in the world than the KRKs, and after some time, their coloration can often get in the way of perfecting your mixes. They’re incredibly bass heavy, and while this is great for EDM producers, it can become incredibly deceptive when you’re trying to balance music in another genre.

That being said, the consistency of their sound (albeit boomy and colorful) has helped the KRK Rokits earn their place as some of the most reliable monitors to date – it just takes some getting used to. For roughly $360 (a pair), the KRK Rokits are good enough for most situations.

The Yamaha HS5s are normally the next option people look at while grappling with their uncertainty of whether or not to buy the KRKs. Now, despite the constant suggestion that these monitors are the successors to the NS-10s, they’re no substitute in any way. They still share a lot of that aggressive midrange as the NS-10s, so while they’re incredibly unforgiving, they can be used to your benefit during mixdown. In many ways, they’re arguably better than the KRK Rokits.

Why exactly? Well, they have a slightly flatter response curve and therefore are much more realistic sounding. The downside is that they lack a lot of definition in the low end, so hip-hop and EDM producers may want to invest in a subwoofer to compensate. The flipside to this, however, is that the filtered drop-off at around 80 Hz makes them far more neutral-sounding in the conditions of an untreated room. Take that as you will, because at the end of the day you’ll probably be just as happy with the Yamahas as with the Rokits.

Now that we’ve covered the bulk of things, let’s get into two options that might be worth considering.

You can also check our recommendations for the best studio monitors under $500.

For what they are, the M-Audio BX5-D3s sound transparent, neutral, and warm. They don’t exaggerate anything too much and are best suited for mixing and critical listening. It’s honestly crazy that these monitors don’t get that much attention because they’re not only cheaper than the Rokits or HS5s, but their frequency response curve is phenomenally flat.

The sound of the BX5-D3s is probably as trustworthy as you’ll be able to find in this price bracket. There’s not too much coloration that’s worth noting here, and even if there was we’d still probably recommend them (probably).

The best low budget monitors (under $100)

In our last article, we recommended the PreSonus Eris E3.5 as the lowest grade monitor to consider buying. After some reflection, we became more and more dissatisfied with our initial opinion.

Now, let’s make it clear that the CR3-X is not a great monitor in any way, but they still perform better than the Eris E3.5. Even though they lack EQ controls, their response is marginally flatter than the PreSonus speakers.

The best part about the Mackies is that they’re a little less than $100, so there’s no big loss if you want to pick a pair of these up. The truth is that neither the Eris E3.5 or the Mackies should be used for serious audio production, but if you must decide between the two, choose the Mackies.

While there are several hundreds of other monitors we could have mentioned, fitting them all onto one list would simply be an ungodly task. We hope that the information we’ve provided can prove useful as you make your decision.

As a final note, we’d like to say that ultimately, the goal is to buy the monitors that work best for you. Don’t just go and buy something because your friend told you so, or us for that matter. Take your time, and make sure you’re comfortable with your decision before biting the bullet. 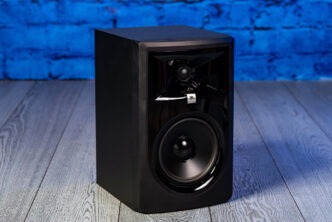 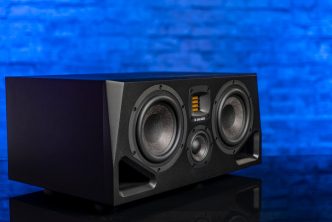 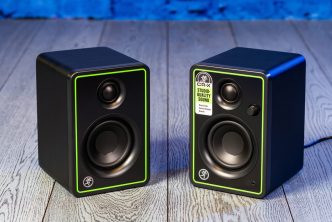 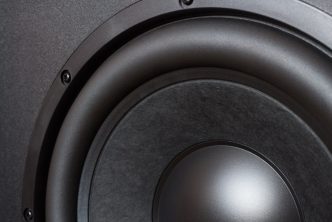