I can just imagine my 8-year-old self when I was first trying to memorize the “Eddie Ate Dynamite, Good Bye Eddie” mantra hoping I could remember the names of the strings in standard tuning.

Well, if you had come up to that kid and said that there were many different guitar tunings to learn and explore, I think he would probably give up.

But, that’s exactly my point. There is a time and place for everything!

Experimenting with different tunings is something that usually comes after years of experience and practice. Now, you should not take that as dogma. We all have different paths, strengths, and weaknesses.

But it’s a solid starting point as a general rule. I mean, Jimmy Page wrote “Kashmir” using the DADGAD tuning when he was in his late 20s, right? Right.

Speak of the devil!

One of the most famous alternate guitar tunings is the DADGAD itself. This guitar tuning has evolved from Celtic folk music and was later popularized by certain rock, metal, and alternative guitar players.

The first use of this tuning in contemporary music can be found in Davey Graham’s work. He was a British folk guitarist who was inspired to use DADGAD after hearing an oud player in Morocco using the same tuning.

The DADGAD tuning differs from the standard tuning in a way that the 6th and the 1st string are tuned down to D and the 2nd string is tuned down to A.

Two of the main hallmarks of the DADGAD sound are the ethereal sonic quality and the unresolved tension within the chords which gives the DADGAD chords their irresistible haunting sound.

The main factor in the angelic ethereal soundscape of the DADGAD tuning is the three open D strings in three different octaves. If you play only the open strings with your guitar tuned this way you will get a Dsus4 chord which itself has a lot of suspense in the way that the chord sounds.

Although this one was used as early as 1968 (Dear Prudence by The Beatles), its rise to fame really came to the forefront within the genres of hard rock and heavy metal.

One of the most convenient features of this tuning is the fact that to tune your guitar to Drop D, you just need to lower your 6th string down a whole step, so you get an open D sound from it.

If you are new to this, you will know that you are in tune once the beating and pulsating of the interplay between the two notes becomes imperceptible.

The main draw of the drop D tuning is its full and resonant sound. It is usually used to make your riffs sound “fatter” and more harmonically rich. One of the most common ways to use this tuning in riffs is to barre your fingers across the lowest three strings.

Besides the sheer power that riffing in this tuning brings to the table, the chords sound wonderful.

The droning effect of the 6th and 5th string with the sparkly quality of the higher strings creates some of the most exotic sounds you can produce with a guitar, in terms of harmonic content.

Now, if you find yourself wondering about other examples of the use of this tuning, you won’t need to search for long. The legendary “Everlong” by the Foo Fighters, and “Black Hole Sun| by Soundgarden are usually the first songs to enter the theater of our imagination.

We presume that all of you Keef fans out there know this one better than the words to Hail Mary.

However, since we know that there are some of you guys and gals that are new to the guitar-playing community, we’re going to share the secrets of this major-chord-friendly guitar tuning with you.

Namely, to tune your guitar to Open G, you need to tune all of your strings down a whole step, except for the G and B strings. Let us walk you through it, low to high: D, G, D, G, B, D.

With the all-6 string index finger barre-stack, the first three strings provide you with the major chord triad. That is really a dream come true for all slide guitar enthusiasts out there, since you are in a very convenient situation for playing your favorite major licks.

The open G tuning offers a very unique chord voicing structure. The intervallic spelling of the one- fret all-strings barred chord is fifth, root, fifth, root, third and fifth. The sub-root fifth is definitely something that adds to the idiosyncratic sound that this tuning has to offer.

Famous examples of this tuning are to be found in songs such as “Start me Up” by the Rolling Stones, and Dancing Daze by Led Zeppelin, just to name a few.

In the guitar playing lingo, this one is literally known as the “Chris Cornell tuning”. The late, great CC himself really used it quite a bit. The most famous example of him doing songs in this tuning are Soundgarden’s best-known hits Burden in my Hand and Pretty Noose.

However, it is worth knowing that the standard open C and the Chris Cornell open C, although very similar, are not the same.

Your standard open C tuning would be (low to high) C, G, C, G, C, E. But in the Chris Cornell variant, the second string is actually tuned down to G, making it C, G, C, G, G E. This way you are getting that other-worldly chorusing effect on the second and third string if you play them at the same fret, or both open.

Anyhow, both of these variations on the open C tuning are really worth your time exploring because they truly do open up some new soundscapes for you to experience.

Some would say that we saved the best for last. This one served as a pillar upon which one of the most beautiful guitar compositions of all time was written and constructed. That piece is “The Rain Song” by the mighty Led Zeppelin.

The chords that the master Jimmy used in this wonderful guitar piece, are nothing short of magical and enchanting. The incredible mixture of open string drones, unisons, octaves, and parallel movable shapes truly make this one a shimmering guitar masterpiece.

If you are interested in highly creative chord voicings and advanced song-writing, we strongly suggest that you should take a look at Mr. Page’s book and explore different options that this tuning can offer to you.

The unresolved sonic quality that the open positions bring to these chords is really an incredible spice you can add to your songwriting. 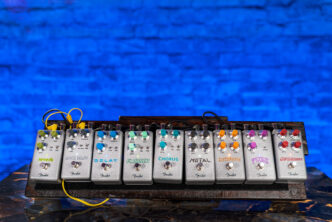 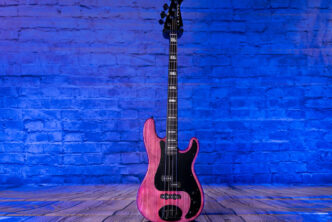 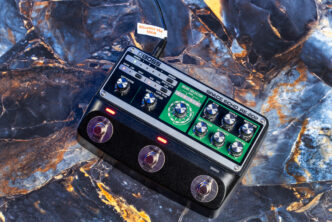 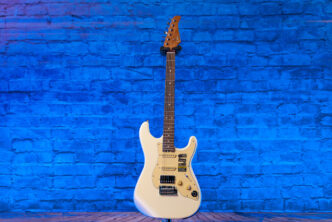